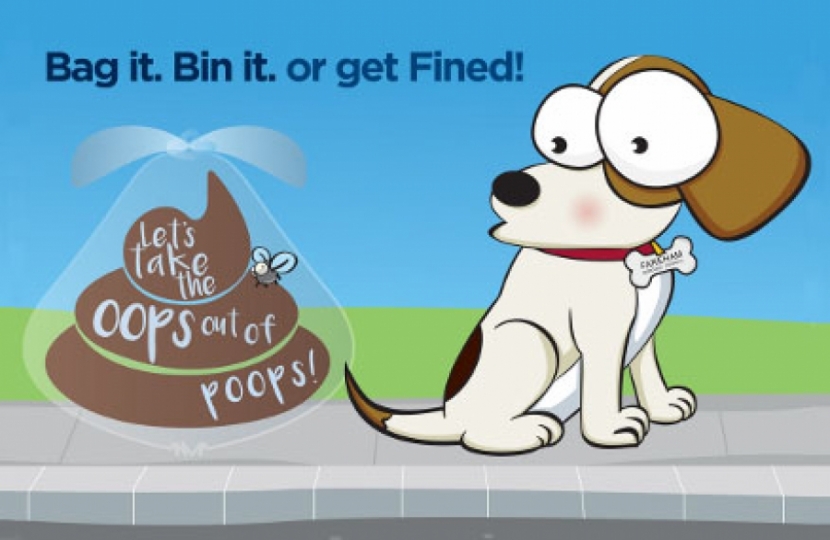 The results will help support the Council's 'Take the oops out of poops' anti-dog fouling campaign that launches in the New Year.

The Council is also putting into place a Public Spaces Protection Order (PSPO) allowing the issue of fixed penalty notices to people who don't pick up their dog's waste. We would also like to know how much you think the fixed penalty notice should be.

The consultation will run until Monday 11 January 2016 and can be accessed at www.fareham.gov.uk/consultations. Hard copies of the survey can be requested by email or phone or collected at the Civic offices.

Your comments will be taken into consideration, and the awareness campaign will be introduced in the New Year.

Executive Member for Public Protection, Conservative Cllr Trevor Cartwright says, "Dog fouling has been identified as an issue across Fareham that needs addressing. Not only does it ruin open spaces, it is also a health hazard. The information you give us will help make sure that this campaign makes a difference."