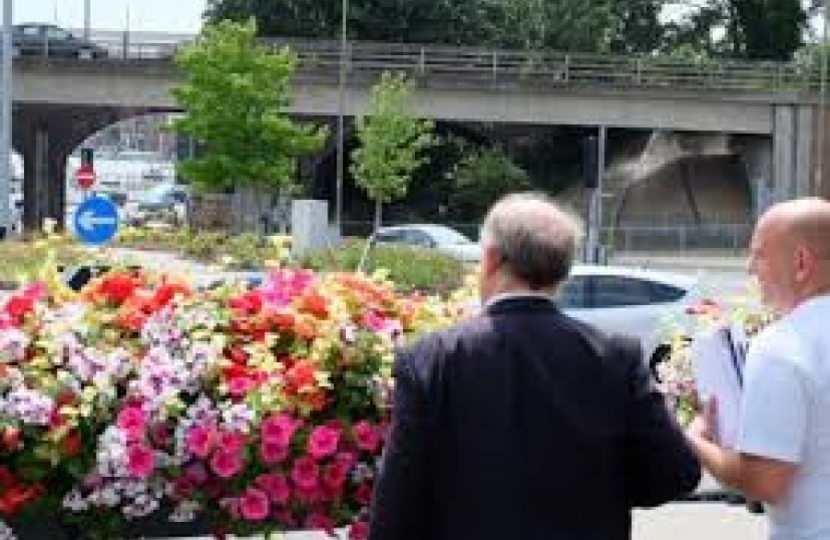 Fareham has once again celebrated another year of success at today's South and South East in Bloom awards held at the Amex Stadium in Brighton.

The Borough has received its 12th consecutive winning entry in the Small City category receiving a Gold Award and declared Category Winner.

Fareham's parks and gardens also came out with top awards including:

There were four Britain in Bloom 'It's Your Neighbourhood Awards' presented which all received the award level 'Outstanding':

The private, Portchester Memorial Gardens also took pride of place with a Gold Award and declared Category Winner in the commercial landscape category.

In the summer Northern Junior Community School received a Gold level award were overall Hampshire Winners in the Schools category.

On top of this the Fareham Conservation Volunteers received a 'Britain in Bloom Commendation' and the Borough received the Hampshire County award as the highest marked entry.

Executive member for Leisure and Community, Conservative Councillor Tiffany Harper said: "It is an amazing achievement to have done so well at the South and South East in Bloom awards. This success is the result of a consistent commitment to the provision of parks and environmental services and it's all thanks to the hard work of our passionate volunteers and Council Officers. I know that residents and visitors to the Borough are always very impressed with the quality of parks and gardens around Fareham."