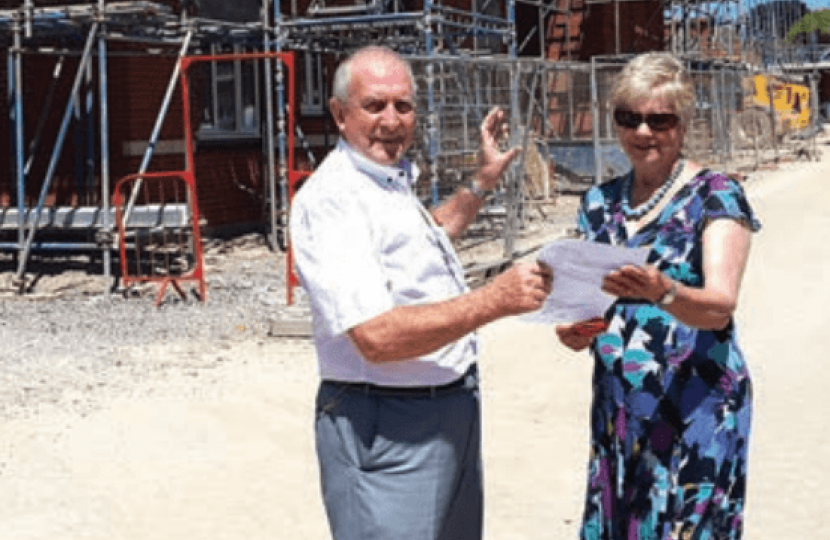 DEVELOPERS are climbing on the bandwagon after pressure to provide over 2,000 more homes on greenfield sites by 2036 is forcing Fareham Council to rewrite its Borough Plan.

Blame for the crisis rests squarely on landowners’ shoulders for being already 3 years late in bringing forward development of Welborne. By the time the first homes are occupied there it will be 4 years late, hence the provision of fewer than 6,000 by 2036. Meantime, developers have inundated planning officers in a frenzied offer of over 100 greenfield sites with a total of over 10,000 houses – 2,600 of them in Warsash.

This does not include Welborne. Importance of Welborne Council Leader Seán Woodward explained: “We are rolling forward the Borough local plan outside Welborne from 2026 to 2036. We would obviously need extra homes in that period.

“Welborne will still help protect greenfield sites. Without Welborne we would need sites for a further 6,000 houses which would use a lot more than a few additional greenfield sites. “Because Welborne will be 4 years late it could threaten our 5-year housing land supply, meaning we would lose every planning appeal if we do not make new allocations now.” Running riot It’s happening in Lib Dem controlled Eastleigh where they don’t have a local plan and developers are running riot Fareham was required to review its two strategic countryside gaps and conduct an early review of its local plan, which is now under way.

“The housing we are allocating is for Fareham’s assessed housing need. These are not externally imposed figures, but are our own needs and not open to challenge. “We have over 1,000 families on our waiting list today; many more will join over the next 20 years.” New strategy Officers are now reviewing every site to determine which are the most viable, deliverable and sustainable so as to prepare a strategy. Importantly, Fareham can still use its existing plan to exercise judgement on the current need for greenfield sites.

Such applications are being refused. Locks Heath Councillors Susan Bayford and Keith Evans (pictured) have been keeping a close eye on these housing needs and the possible impacts. “We will continue to closely monitor the situation going forward and campaign strongly against any excessive or inappropriate development that may be proposed in our area.”