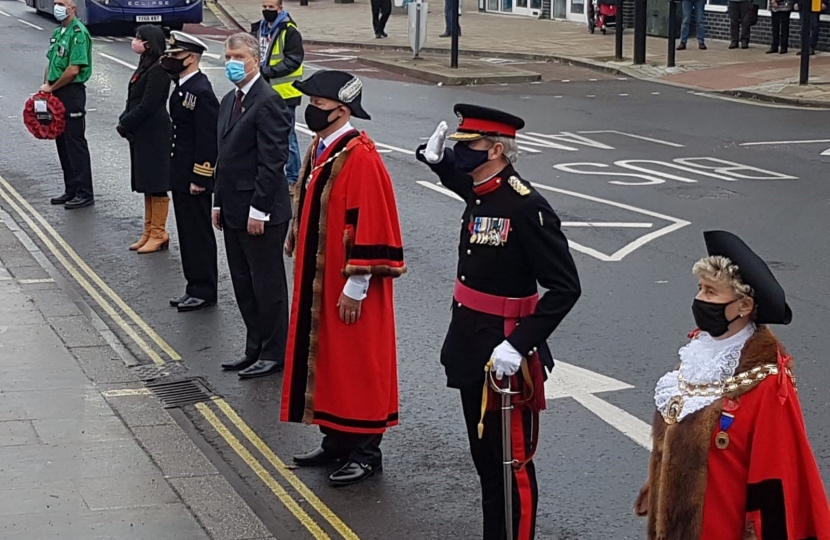 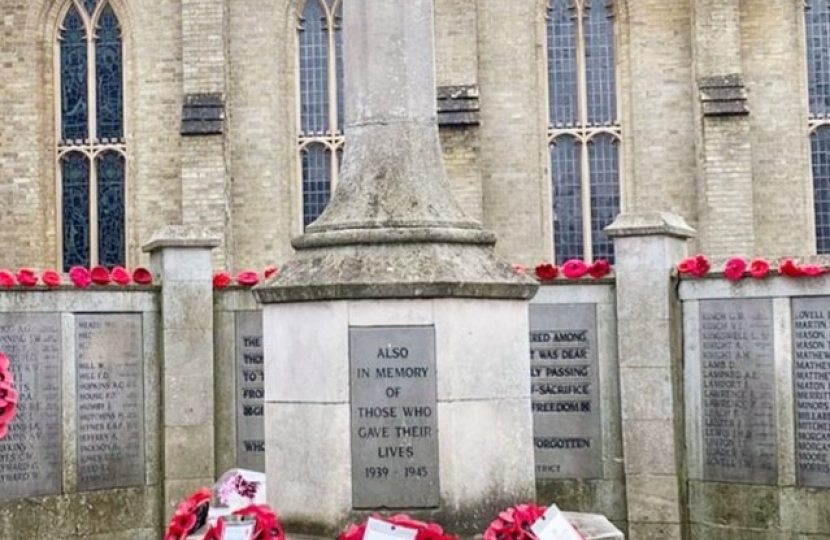 At this time in a normal year, our thoughts are often of Remembrance and the sacrifices made by earlier generations in war. But with our present thoughts driven by Covid19 and the resulting lockdown it would be easy to forget that 11th November is Remembrance Day. This year has a particularly significance as it marks the anniversary of two of the elements that have become central in the Nation’s remembrance process.

Reverend David Railton, a chaplain on the Western Front, saw a grave marked by a rough make-do cross on which was written ‘An Unknown British Soldier.’ This was the inspiration that led to permanent reminders being produced of the sacrifice of a generation.

One of these was the burial in Westminster Abbey of an ‘Unknown British Warrior’, the term ‘Warrior’ being preferred to ‘Soldier’ as the body could be that of a sailor or marine of the 63rd Royal Naval Division. The second was the dedication of Sir Edwin Lutzen’s Cenotaph (meaning empty tomb) with its simple inscription ‘The Glorious Dead’, in Whitehall. Both of these have their 100th anniversary on 11th November this year. I hope that in our busy lives we can all spare a few moments of reflection on the sacrifice of others on our behalf.