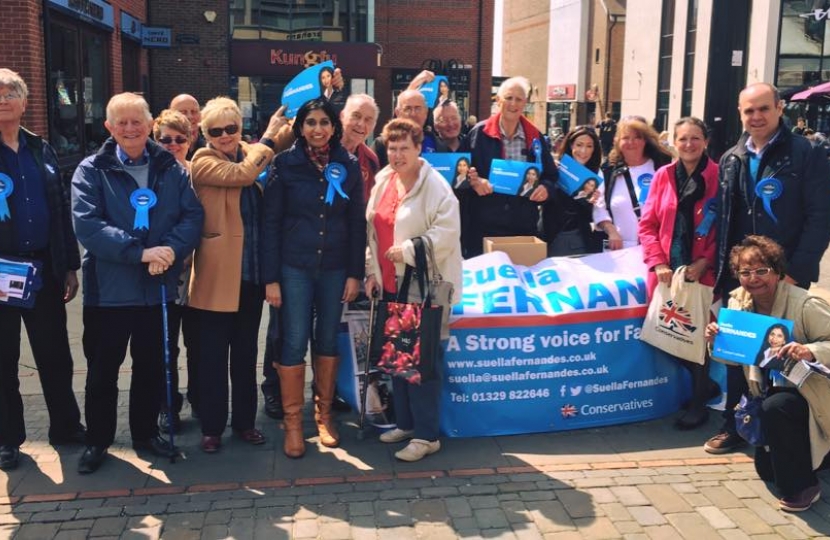 Suella Fernandes has been re-adopted as the Parliamentary Candidate by the Fareham Conservative Association. Suella was first elected at the 2015 General Election, and will re-stand at this years June 8th General Election.

"Thank you Fareham Conservatives for re-adopting me as your Parliamentary Candidate for the General Election 2017 today. Looking forward to working together!"

If you would like to join the campaign team and take part in this exciting election, email Suella on suella@suellafernandes.co.uk or the office farehamconservatives@gmail.com